What can Western psychotherapy learn from aboriginal practices?

Rupert Ross, retired Canadian Crown attorney who worked with hundreds of first-nation communities, has done a great service to healers everywhere. He describes the holistic traditions that heal instead of punishing, that connect instead of maintaining disconnection, that regenerate trust instead of allowing distrust to fester.

In his three books, Indigenous Healing, Returning to the Teachings, and Dancing with a Ghost, Ross depicts his own journey learning why the Canadian (and Western generally) justice system does not heal but makes things worse within native communities. I’ve described some of his work previously here and here.

Ross first gives the backdrop of the massive intergenerational damage caused by the cultural genocide practices that native peoples faced with the invasion of the Western Europeans, including the intentional kidnapping of children from native families to assimilate them to the dominant culture as late as the 1980s (e.g., the Sixties Scoop).

Generations of native peoples have been mistreated and still are told that their ways are worthless, backward and even evil. For hundreds of years, governments and churches did all they could to ‘remove the Indian’ from the person to ‘save their soul,’ ‘make them a real citizen’ or even ‘make them human.’

As a result of mistreatment in residential schools away from their families and traditions, many natives were traumatized through abuse and other forms of mistreatment. They lost their traditional languages and cultures but were never accepted into mainstream culture either.

The pain and trauma caused have bubbled into epidemics of violence, domestic and sexual abuse, drug and alcohol abuse and suicide in native communities.

Over years of working with aboriginal communities, Ross realized that carting offenders off to jails does not help—it does not heal the underlying trauma.

Ross reviews several native or aboriginal approaches to healing that do work: 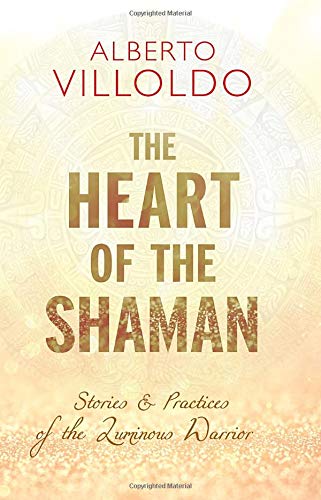 Ross summarizes the characteristics of these programs that make them successful. As you read through the brief descriptions, notice how they are contrary to dominant (Western European) thinking that assumes as baselines for normality individualism, innate badness, a hierarchy of value of people (some more valuable than others), emphasis on verbal communication, and human separation from nature.

I briefly mention a few aspects of each practice.

Aboriginal communities emphasize connecting to forces larger than the self, often not visible but felt, as part of healing.  “Within aboriginal thinking, we are all sacred beings, sharing an identical spirit with all other aspects of Creation. With hard work we can manifest that spirit to greater degrees, building stronger, more respectful relationships. It is a strength-based vision that emphasizes the spiritual gifts and responsibilities we were given, and our duty to honor both.” (p. 228)

He contrasts this approach with “Western therapy,” which he considers based on weakness—focusing on what is wrong with a person and a continual fear of failing. Western therapy also emphasizes the mind, not the heart or spirit, making it ‘not worth very much’ in the opinion of an aboriginal healer Ross quotes.

2. Definition of a Healthy Person

Health involves establishing good relationships with everything in nature, accommodating with openness, humility, and respect. He quotes one therapist saying that within the aboriginal world “power and status are measured not by the individual’s mastery of the environment but by his ability to calmly acquiesce and adjust to a shifting world. Dependency may be viewed as a sign of relatedness and acknowledgment of the importance of others from whom one draws self-worth. The value of the person lies not in his uniqueness or separateness but in his relatedness to a larger social entity.” (p. 213)

“Western therapies promoting individual self-definition, self-assertion and self-promotion will feel improper to aboriginal people” (p. 230).  Instead, the aboriginal client feels that a person is
“the sum of all their relationships within Creation, whether with other people, birds, animals, trees, rocks or rivers.”  (p. 229) A healthy person understands his nestedness, interconnectedness and interdependence, and the responsibilities he has to fulfill to the Whole. Whereas Western psychology perceives a set of “autonomous rights against all other life forms,” aboriginal people perceive “life as an interconnected bundle of responsibilities” (p. 231)

Instead of a therapist meeting one-on-one with a client, aboriginal healing practices are group practices. In the therapies mentioned above, people sit in a circle as equals with others suffering from the same abuse or abuse of others. People share personal stories as they will, passing the ‘talking stick’ around the circle. The process of sharing and being listened to, of listening to the unique journeys of recovery promotes healing and self-confidence. When offenders, who often do not realize the harm they have done, sit in a circle of those harmed by other offenders, they begin to let themselves start to understand and feel the suffering they have caused.

Aboriginal communities have been damaged as a whole and so it is vital that they recognize group trauma. Also, the community must participate in the healing of relations, providing a bedrock for recovery. Every person’s healing is socially situated, in the nest of relationships and responsibilities mentioned previously.

One’s emotions are central to being human and for tuning into spiritual and relational responsibilities. Lee Brown describes “the heart” as the root of the mind. Healing comes through “heart learning,” and having a pure heart is central to living properly, relationally connected and tuned to spirit.

For the aboriginal communities, there are many traditional ways for releasing emotion and for healing (e.g., sweat lodge) developed over thousands of years. These are complex ceremonies that take many years to learn through experience and mentoring in the native language.

Ross admits his ethnocentric reaction when he first encountered Aboriginal elders who talked about their own lives and choices—he thought they were egocentric because they did not offer an “objective” opinion. But in aboriginal thinking, only an immature person would think he could understand the situation of others and tell them what they should do. Additionally, healing is primarily nonhierarchical though healers who are familiar with the local history, culture and ceremonies and who can bring those to bear in the healing circles.

8. Respect for Everyone’s Worth

Aboriginal communities separate the person from her acts. There is no diagnosing or labeling of people (e.g., alcoholic, offender, freak). Each person is considered “born into sacredness, goodness and kindness” (p. 253), with “the potential to be strong creators of harmony in our relations with all of Creation, though few of us will ever achieve anything close to full relational harmonies” (p. 252). The view is that “With hard work, we can nurture our spirit, learn to recognize our gifts and being to honor our responsibilities” (p. 252). Instead of trying to change the person, the focus is on helping the person change ways of relating.

9. Talking Is Not Always Necessary

The primary focus of healing is on emotional and relational discernment, not cognitive understanding. The direct way to do this is in concrete activities like berry picking, making art or storytelling. The indirect way would be through talking, which is considered less effective.

10. The Importance of Land for Healing

The best place to learn accommodation to all one’s relations is on the land. You cannot defy the weather. One must compromise to survive and thrive. Experiencing the landscape helps one connect to something greater than the self, the more-than-human world, a “cathedral, full of life, promise, openness, and blessedness” (p. 261).  The largest lesson is that “humans are small, unskilled, dependent and blessed with everything they’ll ever need” (p. 260).

Ross also discusses complementary Western therapies that some aboriginal peoples find helpful and points out that for trauma that is intergenerational and extensive, healing will be a lifelong effort.

In my own experience of healing from a typical baby-boomer childhood in the USA, though far from the extreme and intergenerational trauma that aboriginal peoples have experienced, healing may be lifelong for all of us. Civilization does not nurture our deeper selves and so they must be hidden away. Aboriginal healing practices may bring us all back to Life.

Birth In Pieces: A Documentary Of Birth In The USA