American Democracy At The CrossroadsAuthoritarianismBooks

Is America Governed By A Cult? 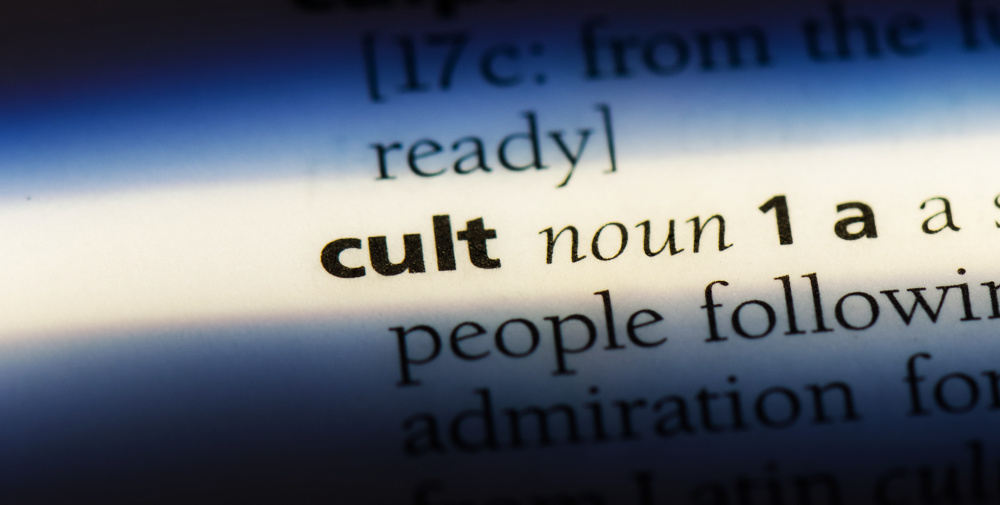 Some people have accused supporters of President Trump of having selective inattention, suggesting that even when he does the opposite of what he promised or what his statements claim, they say they support him wholeheartedly. Several scholars, journalists, and Republicans, too, have likened this behavior with that of cult members (but see here).

For example, Steven Hassan (2019), former Moonie cult member and now cult deprogrammer, wrote the book The Cult of Trump. He uses the titled focus to discuss cult membership generally, suggesting that there may be around 5,000 cults in the United States, from political or religious ones to sexual, educational, and even psychotherapeutic ones.

What are characteristics of cults?

Cults are totalist groups (Lifton, 2014) that control their members’ minds and behavior in ways that seem voluntary. Some point to Hitler as a cult leader. Hannah Arendt, in The Origins of Totalitarianism (1951), discussed the societal characteristics of totalitarianism, which include a personality cult of the leader. She apprehended how the totalitarian regimes of both Hitler and Stalin, supported by personality cults, were based in the citizenry’s loneliness, a sense of not belonging—which she identified as one of the most desperate experiences a person faces.

According to Alexandra Stein, scholars studying cults and related structures agree that there are at least four aspects to growing cult members. These are usually studied within the cult landscape, but it seems likely that the American landscape itself also contributes.

(1) Isolate victims from their prior connections.

A person who grew up with relatively few deep interpersonal connections, and consequently with few social skills, will already be isolated and have little to lose from joining an extremist group.

According to my transdisciplinary understanding of human development, we have broken the continuum of connection that individuals would feel in species-normal childraising environments. Instead, we create routine feelings of separation distress, establishing stress reactivity and feelings of loneliness through isolation. A sense of insecurity and lack of self-confidence is embedded in personality (Narvaez, 2014, 2018).

In the U.S., there are multiple contributions from historical events that may have destabilized identities in the last generations. Globalization pushed by the World Trade Organization (WTO) has eroded national and local controls of “doing business,” leaving everyone subject to the interests of multinational organizations (Wallach & Woodall, 2004). The events of 9/11 may have destabilized American identities that emphasized America’s reputation for goodness (why are we so hated that this would be done this to us?) and for safety (we are no longer immune to outside attack). The global crash in 2008 further destabilized a sense of safety through the loss of homes, jobs, and retirement funds.article continues after advertisement

Those who have been abused, especially by traumatizing narcissisticparents, may already be conditioned toward subordination. Primal wounding in early childhood can lead to a lack of self-confidence or easy self-doubt. (More on narcissistic parents in next post.)

(4) Immerse them in a rigidly confining group and worldview.

Interestingly, a Fox News effect on voting has been proposed, but even before Fox News came into existence in 1996, many Americans were wedded to a rigid worldview (discussed previously) which emphasizes human separation from and superiority to Nature, a hierarchy among human beings (western white males, western white females… non-westerners), and the idea of America being the epitome of human progress. These views have been woven into American institutions and practices.

Another View of Cults from Robert Jay Lifton

Following Hannah Arendt, Robert Jay Lifton was one of the first in the modern era to describe the characteristics of cults and their members. His book, Thought Reform and the Psychology of Totalism: A Study of Brainwashing in China (1961/2014), was based on extensive interviews in the 1950s with American servicemen held captive in Korea during the war-like action there and with over a dozen Chinese ex-patriots who had fled after experiencing indoctrination.

He culled the techniques the Chinese at the time used to “brainwash” people, changing their opinions and personalities, so much so that American soldiers made blatantly false assertions.

Lifton’s work is a classic and is used to identify cults and in debriefing former cult members. The book describes eight characteristics of systems that control thought. I will mention how these characteristics can be seen in the U.S. today.article continues after advertisement

Mystical manipulation. The group or its leaders manipulate experiences to make it seem that the leader has divine authority and allows the leader to interpret events for followers as he desires.

Demand for purity. The world is perceived as black and white and members are exhorted to conform to the ideology of the group. Guilt and/or shameare used as control devices.

Sacred science. The group’s ideology is considered the ultimate Truth, beyond dispute. Truth is only found inside the group. The leader is above criticism.

Loading the language. The group has its own lingo or jargon, including clichés that encourage members to conform to the group’s way of thinking.

Doctrine over person. Any contrary experience a member has is denied or reinterpreted to fit the ideology of the group.

Dispensing of existence. Those outside the group or anyone critical of the group are rejected. The outside world has no credibility, including those who leave the group. Only group members are enlightened or saved. They are the only ones deserving of respect.

One characteristic of Lifton’s eight characteristics I have not noticed in the U.S. is Confession: Individual sins, however the group defines them, are to be confessed to a personal monitor or publicly within the group. Without confidentiality, member “faults” are openly discussed and exploited by the leaders.article continues after advertisement

My conclusion is that Trump supporters are not in a cult—though there may be some who have given themselves over to celebrity worship.

How to Counteract Attractions to Cults?

Stein notes that all respected scholars in her field have repeated endlessly that the way to protect ourselves from cults and totalism is through knowledge.

We are all susceptible to fake news and misinformation, even based on cognitive style, especially with Facebook tolerating political fakery in its postings. So, let’s look at expert advice on media literacy and how to deal with fake news:

Lifton, R.J. (1961/2014). Thought reform and the psychology of totalism: A study of brainwashing in China. Raleigh: University of North Carolina Press.

Milk: The Food That Evolved Humanity, A TEDx Talk

Five Ways Many Americans Are Impoverished (Beyond Money)

How Colonization Tames Us All (And How To Get Free)