Thom Hartmann is a progressive national and internationally syndicated talkshow host whose shows are available in over a half-billion homes worldwide. He’s the New York Times bestselling, 4-times Project Censored Award winning author of 24 books in print in 17 languages on five continents. Leonardo DiCaprio was inspired by Thom’s book “The Last Hours of Ancient Sunlight” to make the movie “The 11th Hour” (in which Thom appears), and Warner Brothers is making a movie starring DiCaprio and Robert De Niro from the book Thom co-authored with Lamar Waldron, Legacy of Secrecy.

In the video above, Thom reviews the controversy surrounding the Tribeca Film Festivals decision to pull the documentary VAXXED from their line-up in March 2016.  The documentary features a CDC scientist and now whistleblower confessing his “shame” over the CDC cover-up of the connection between vaccines and autism. Tribeca Film Festival co-founder, Robert DeNiro, continues to defend the film despite caving to pressure to pull it from the festival.

In this video, the producer of the film and medical journalist, Del Bigtree, talks about how the film is not anti-vaccine but pro vaccine safety.  Andrew Wakefield, the British scientist and gastroenterologist whose medical license was pulled for publishing research in the venerable Lancet in 1998 that showed a connection between the MMR vaccine and gut inflammation, answers Thoms’ questions about the study and subsequent Big Pharma witch hunt that sought to shut down all discussion about vaccine safety in the past 18 years.

See a trailer for the film below.

More About VAXXED: From Cover Up to Catastrophe

In 2013, biologist Dr. Brian Hooker received a call from a Senior Scientist at the U.S. Centers for Disease Control and Prevention (CDC) who led the agency’s 2004 study on the Measles-Mumps-Rubella (MMR) vaccine and its link to autism.

The scientist, Dr. William Thompson, confessed that the CDC had omitted crucial data in their final report that revealed a causal relationship between the MMR vaccine and autism. Over several months, Dr. Hooker records the phone calls made to him by Dr. Thompson who provides the confidential data destroyed by his colleagues at the CDC.

Dr. Hooker enlists the help of Dr. Andrew Wakefield, the British gastroenterologist falsely accused of starting the anti-vax movement when he first reported in 1998 that the MMR vaccine may cause autism. In his ongoing effort to advocate for children’s health, Wakefield directs this documentary examining the evidence behind an appalling cover-up committed by the government agency charged with protecting the health of American citizens. 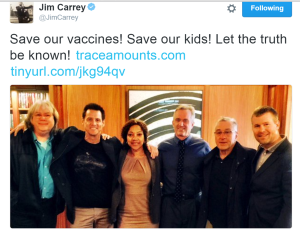 Robert DeNiro Now Regrets Pulling VAXXED Says “Something Is There”

Keep up with ever-changing vaccines laws in your state

Thom Hartmann is a progressive national and internationally syndicated talkshow host whose shows are available in over a half-billion homes worldwide. He's the New York Times bestselling, 4-times Project Censored Award winning author of 24 books in print in 17 languages on five continents. Leonardo DiCaprio was inspired by Thom's book "The Last Hours of Ancient Sunlight" to make the movie "The 11th Hour" (in which Thom appears), andWarner Brothers is making a movie starring DiCaprio and Robert De Niro from the book Thom co-authored with Lamar Waldron, "Legacy of Secrecy."

Talkers Magazine named Thom Hartmann as the 8th most important talk show host in America in 2011, 2012, and 2013 (10th the two previous years), and for three of the past five years the #1 most important progressive host, in their “Heavy Hundred” ranking. His radio show is syndicated on for-profit radio stations nationwide by Westwood One, on non-profit and community stations nationwide by Pacifica, across the entire North American continent on SiriusXM Satellite radio (The Progress, Channel 127), on cable systems nationwide byCable Radio Network (CRN), on its own YouTube channel, via Livestream on its ownLivestream channel, via subscription podcasts, worldwide through the US Armed Forces Network, and through the Thom Hartmann App in the App Store. The radio show is also simulcast as TV in realtime into nearly 40 million US and Canadian homes by the Free Speech TV Network on Dish Network, DirectTV, and cable TV systems nationwide.

His evening TV program, The Big Picture, is wholly owned by his own production company, produced in the RT studios, and licensed to and carried by Free Speech TV in the US and into over 600 million homes in 104 countries by the RT TV network, and distributed worldwide on Hulu.

Thom has spent much of his life working with and for the international Salem relief organization (www.saleminternational.org) and he and his wife Louise founded a community for abused children in New Hampshire (www.salemchildrensvillage.org) and a school for learning disabled and ADHD kids (www.hunterschool.org). His book "Attention Deficit Disorder: A Different Perception" sparked a national debate, both in the psychology/psychiatry community and among the general public, on ADD/ADHD and neurological differences ranging from giftedness to autism. His book "Rebooting The American Dream" so inspired Senator Bernie Sanders that he wrote a cover letter to accompany the delivery of the book to his 99 colleagues in the United States Senate and he read from it extensively on the floor of the Senate during his famous filibuster.

As an entrepreneur, he's also founded several successful businesses which still are operating, and lived and worked with his wife, Louise, and their three children on several continents.

An inveterate traveler and sometimes a risk-taker, Hartmann has often found himself in the world's hot spots on behalf of the German-based Salem international relief organization or as a writer, a situation which causes his friends to sometimes wonder aloud if he works for the CIA (he does not and never has). He was, for example, in The Philippines when Ferdinand Marcos fled the country; in Egypt the week Anwar Sadat was shot; in Uganda during the war of liberation by Tanzania; in Hungary when the first East German refugees arrived; in Germany when the wall came down; in Beijing during the first student demonstrations; in Thailand when the military coup of 1991 occurred; in Barbados during the 2004 anti-government strikes and shutdowns; in Bogota and Medellin, Colombia, during the spate of killings of presidential candidates; in Israel, in the West Bank town of Nablus, the week the Intifada started there; on the Czech border the week Chernobyl melted down; in Kenya during the first big wave of crackdowns on dissidents; and in Venezuela during the 1991 coup attempt. He has been successful in avoiding some disasters, however. For example, he was out of the country when George H.W. Bush picked Dan Quayle as his running mate.

He was born and grew up in Michigan, and retains strong ties to the Midwest, although he and Louise have lived in New Hampshire, Vermont, Georgia, Germany, and Oregon...and now live on a boat in Washington D.C. with their new attack-cat, Fang. 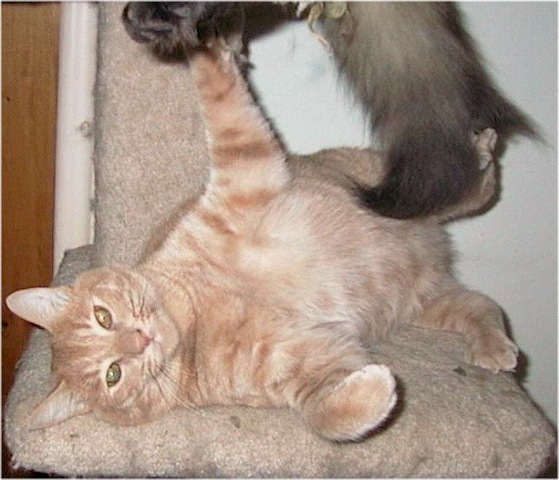 USDA Power Grab! Shifting Authority Away from The National Organic Standards Board

Changing Diapers Is As Much About Babies’ Brains As Their Bottoms