The more students focus on test scores, the less creative they become.

Students today are stressed out about grades, more so than ever before. A few months ago I published a post (here) with evidence that this is so for college students. Many students responded to that post with comments about how their parents, teachers, and society in general are telling them that their future depends on getting straight A’s in high school and then again in college. Here is a sample of those comments:

• Anything less than an A was unacceptable, and it was ingrained in us early on by our parents that perfection was our only chance for success in this competitive world.

•You know what made us think we HAVE to get all A’s? Our parents, our scholarships, our teachers, the Internet.

• At every corner you are told that simply learning and doing your absolute best is not good enough. Instead of the focus being on learning the material and growing through the experiences you are told what you are doing is worthless unless you can beat other students. Everything you do is measured against how other people are doing.

Why Google Doesn’t Ask for Transcripts or Test Scores 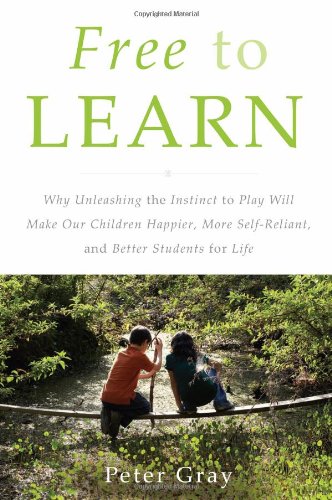 In contrast to all this concern about grades, here is what Laszlo Bock, senior vice president of people operations at Google, had to say in a NYT interview about Google’s hiring practices and experiences: “One of the things we’ve seen from all our data crunching is that GPA’s [grade point averages] are worthless as a criteria for hiring, and test scores are worthless…. Google famously used to ask everyone for a transcript and GPA’s and test scores, but we don’t anymore, unless you’re just a few years out of school. We found that they don’t predict anything.”

In the same interview, Bock went on to explain, “I think academic environments are artificial environments. People who succeed there are sort of finely trained, they’re conditioned to succeed in that environment. One of my own frustrations when I was in college and grad school is that you knew the professor was looking for a specific answer. You could figure that out, but it’s much more interesting to solve problems where there isn’t an obvious answer. You want people who like figuring out stuff where there is no obvious answer.” Bock went on to point out that the more experience Google has with hiring, the more inclined they are to hire people with no college at all. At present, he said, they have teams where 14 percent of the members have never gone to college.

Research Showing a Negative Correlation Between Grades and Innovative Orientation

Increasingly, controlled research studies are also showing no correlation, or even an inverse correlation, between college GPA and innovative orientation or ability. One major study, which has recently come to the attention of the popular press [here and here], was conducted by Matthew Mayhew and his colleagues at NYU.[1] These researchers surveyed thousands of college seniors, at five different institutions of higher education, with a battery of psychological tests and questionnaires. One of their major findings was an inverse relationship between students’ reported GPA and their orientation toward creative or innovative work. The higher the grade point average, the lower was the students’ interest in innovation.

As possible explanation for this inverse relationship, the researchers speculated as follows: “Perhaps students with propensities toward innovation are less concerned with grading systems that rely on memorization by way of assessment than students with higher grade point averages. Alternatively, college-going students with innovation intentions may be more likely to approach their education as a means to discover new ideas, wanting more out of the experience than a series of external valuations in the form of grade point averages.”[1]

Much other research points to similar conclusions, some of which I have summarized in previous posts. For example, research in China reveals that those high-school graduates who achieved the highest scores on the gaokao (the Chinese entrance exam for higher education) achieved less in subsequent life outside of school than did those who scored lower (here). In the United States, as our schools have moved increasingly toward an almost exclusive emphasis on test performance, creative thinking, objectively measured, has been declining at every grade level (here).

Our educational system was designed for a different age, a time when jobs required rote performance and unquestioning obedience, where innovative thinking was considered to be unnecessary or even a liability for the majority of people. Ironically and tragically, rather than adapt our educational system to the needs of our modern times we have doubled down on the old system, so it is harder today than ever before for young people to retain and build upon their natural curiosity and creativity. For the time being, I think, employers may be well advised to seek out those who have bucked the system rather than those who have kowtowed to it. More and more employers are beginning to do so.

Peter Gray is a research professor of psychology at Boston College. He has conducted and published research in comparative, evolutionary, developmental, and educational psychology; published articles on innovative teaching methods and alternative approaches to education; and is author of Psychology (Worth Publishers), an introductory college textbook now in its 6th edition. He did his undergraduate study at Columbia University and earned a Ph.D. in biological sciences at Rockefeller University. His current research and writing focuses primarily on children's natural ways of learning and the life-long value of play. His own play includes not only his research and writing, but also long distance bicycling, kayaking, back-woods skiing, and vegetable gardening.

Healing The Rift Between Science And Spirituality

You’re It! An Invitation To Show Up Fully

Learning By Observing And Pitching In: An Award-Winning New Video