One backlash follows another. Does breastfeeding really matter?

The ‘breast is best’ policy backlash’ presented points that are dramatic, contradictory and false. Here is context and what to know.

First, came the US governments action in contradiction to history and world opinion: We the people of the United States threaten to unleash punishing trade measures and withdraw crucial military aid if nations support language tainting the $70 billion infant formula industry – the latest in our nation’s Declaration of Profits over People.

Based on decades of research, the resolution says that mother’s milk is healthiest for children and countries should strive to limit the inaccurate or misleading marketing of breast milk substitutes. Then the United States delegation, embracing the interests of infant formula manufacturers, upended the deliberations. The confrontation was the latest example of the US administration siding with corporate interests on numerous public health and environmental issues.

Second, a CNN essay by Elissa Strauss about the ‘breast is best’ policy backlash,’ presented points that are dramatic, contradictory and false—e.g., breastfeeding is wonderful for the lucky few who can do it, complications from exclusive breastfeeding are common and devastating, and it doesn’t matter that much so don’t worry about it — just feed your baby.

Strange coincidence how this article coincides with the United States delegation of the United Nations-affiliated World Health Assembly being opposed a breastfeeding resolution.

In Jean Liedloff’s classic The Continuum Concept the author had to hide the fact from Amazon tribal natives that the majority of western women read books on birth and care instruction for infants and children written by male doctors. She would have lost all credibility if she shared this truth.

Ina May Gaskin (interview), one of the most respected midwives in the world, describes how so much of what was common sense regarding birth and very early mothering has been lost.

To paraphrase, many contemporary adults know absolutely nothing about mothering, and this includes physicians.

Incorrect Point 1: “One in five women have insufficient milk production in the early days of motherhood”

The World Health Organization, which advises on breastfeeding based on science, suggests it is less than 1 in 10 women (around 5%) who have physiological barriers to breast milk production. While it may be true that the percentage is higher in the USA, the intense stress imposed by technological-childbirth contribute, and not in a small way, to a cascade of complications that technocracy uses to justify technocracy including commercial formula.

Incorrect Point 2: “Complications from exclusive breastfeeding are common and devastating.”

Personally, this is more than offensive. This is followed a few sentences later with: “a growing number of doctors and nurses… [are] worried that the near single-minded focus on breastfeeding often causes hospital staff to overlook risky behavior, unintentionally putting babies and mothers in harm’s way.”

The editors at CNN know that most readers barely skim such articles. Dramatic headlines leave their mark, by design. Not mentioned are all the barriers to breastfeeding that are routine in US hospitals,undermining the biochemical, hormonal flow that facilitates labor and bonding. These include complications from the jackhammer intensity of induced labor used in the majority of hospital births(chemicals that negate and rob mothers and babies of the natural-euphoric endorphins peak levels of oxytocin create), fetal monitoring and routine, often medically unjustified caesarean are common and devastating, so too is premature clamping of the umbilical causing aphasia, taking blood, injecting toxic cocktails called vaccines, separation of mother and baby, isolation and sensory deprivation – all are common and devastating, with lifelong effects(interview with Robbie David-Floyd, PhD, cultural/medical/symbolic-interpretive anthropologist).

Hydration is, of course, important, as is nutrition. And yes, stress induced trauma by standard obstetrical procedures and other common technology related complications may lead to the emergency room.

Incorrect Point 3: “Breastfeeding is truly wonderful if you can make it happen but not of significant consequence if you can’t. For those who have access to clean water, formula can be a healthy choice.”

What most fail to realize is that bottle feeding is sensory deprivationand commercial formula is junk food compared to the infinitely subtler and complex composition of mother’s milk. Much of the current research focusing on lifelong immunity benefits of healthy gut bacteria increasingly support the junk food comparison. 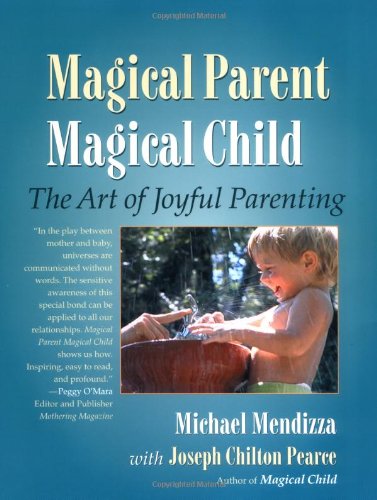 Most fail to consider that nutrition is but a small part ofthe long list of breastfeeding benefits, which keep being discovered: skin to skin contact, proximity and coherent synchronicity with the electromagnetic energy fields produce by the human heart, mother and baby, close and sustained proximity of the baby to the mother’s face essential for the activation of the visual process, being held, touch, the skin being the largest organ in the body, movement, often rocking, the dominant stimulus in utero, olfactory stimulation, the comforting smell of the mother’s body and sent, body warmth, the sound of the mothers voice. All of these together create the biological equivalent of what most call bonding, that is, feeling safe, loved, and wanted.No bottle and no formula or artificial techno–breast can compare. We quote a leading researcher on mother-child bonding, breastfeeding and peace:

by James W. Prescott, PhD., an American developmental psychologist, whose research focused on the origins of violence, particularly as it relates to a lack of mother-child bonding.

In an emergency, it is important to use an IV or offer a bottle (best, however, not to routinely introduce practices that create the emergency in the first place), but it should be done in ways that include all the senses and then, when the emergency is over, the bottle should be placed back on the shelf where it belongs.

Touch the Future interview with Ina May Gaskin

“Formula manufacturers aggressively promote the idea that today’s “highly-scientific” breast milk substitutes have been “specially formulated” to be “like breast milk.” One leading manufacturer’s advertising campaign even equates its product to a “miracle.” Yet, common commercial representations fail to reveal the rest of the story: researchers are increasingly convinced that despite advances, infant formulas cannot now or ever accurately imitate human breast milk. According to the Food and Drug Administration (FDA), pediatric-nutrition researchers at Abbott Laboratories, one of the largest manufacturers of commercial infant formula, recently conceded that creating infant formula to parallel human milk is “impossible.” These scientists, writing in the March, 1994 issue of ENDOCRINE REGULATIONS, state, “[It is] increasingly apparent that infant formula can never duplicate human milk. Human milk contains living cells, hormones, active enzymes, immunoglobulins and compounds with unique structures that cannot be replicated in infant formula.”

Statements denouncing the US anti-breastfeeding actions at the US that have been released to date include:

Michael is an author, educator, documentary filmmaker and founder of Touch the Future, a nonprofit learning design center. His book, Magical Parent-Magical Child, the Art of Joyful Parenting, co-authored with Joseph Chilton Pearce, applies research on optimum states to parenting and to education. Michael is developing two additional books; Kids are Not The Problem, a series of essays on parenting the next critical generation and Flowering, a collection of dramatic floral images (see: zfolio.com) and quotes by Krishnamurti.Inspiration for this work emerged from personal relationships with Pearce, physicist David Bohm, philosopher J. Krishnamurti, and over one hundred scientists, authors and educators. If being in an optimum state is important to professional athletes, imagine what this could mean to parents, childcare providers, educators, coaches and the children they love. Michael writes and speaks internationally on the Next Frontier in Education, The Intelligence of Play, Transcendent Mentoring of This And Future Generations, Media and the Brain, Corporate Exploitation of Children, The Brave New World of Un-Schooling and Home-Schooling, Seven Principles that Transform Adults and Children, The Childlike Mind, Rational Imagination, Raising Children in a Sport-Crazed Culture, and other topics.Magical Parent – Magical Child With Joseph Chilton Pearce
Magical Parent-Magical Child, the Optimum Learning Relationship is the first book to define parenting, coaching and educating children as developmental, transformative practices for adults. The central theme of the book is the transformation of childhood through the transformation of adults. Our goal is to optimize the adult-child interface by applying the proven strategies that allow top athletes and other specialists to consistently perform at extraordinary levels. If optimum learning, performance and well-being is the goal when relating to tennis balls and hockey pucks, what about you and I? What about our children? Do they, or we, deserve anything less?
We do this by helping adults rediscover the "playful" and "childlike" genius of their own innate intelligence, as they guide, learn from and mentor children, which awakens and develops in adults new capacities and possibilities. Infusing the adult-child relationship with this fresh creative energy and attention transforms the adult which results in a radically different learning environment for children. Changing the adult changes the environment we call childhood. This transforms the child, which cycles back and transforms the adult. We call this playful, reciprocal-dynamic, the Optimum Learning Relationship.
The book develops this theme by exploring and applying the psychology of optimum experience to parenting, childcare, education and coaching. Research shows that the "state" athletes call the Zone, what researchers and professionals call Flow and what children call Play share the basic characteristic of complete self-less absorption and engagement in the moment. This "state" of complete unconflicted behavior is nature's baseline, her expectation, for optimum learning, performance and well-being. Yoga, meditation and athletics, when approached in their true spirit, attune us to this optimum state. Looking deeper we discover that all learning, performance and wellness is "state specific." States of being are primary; they come first, filter and define what we learn, how we perform, and our relative wellness or disease, moment to moment.

Honesty and Truthfulness in Science