Are you concerned about the non-reality base of your fellow citizens? Worried about a post-truth, fake-news world? Kurt Andersen’s new book, Fantasyland: How America Went Haywire, a 500-Year History, describes how the United States was flavored with fantasy from the beginning.  Boatloads of gold-seekers hit the coasts in the late 1500s after enthusiasts like Richard Hakluyt, hired by Walter Raleigh, talked up the “New World” as the new Eden.  Historian Daniel Boorstin noted that the people who sailed to the eastern coast of North America were “naturally selected” according to whom believed the (false) advertising.  Many of the first waves of gold digger immigrants died or returned home or else stayed and grew tobacco. The next waves were the hyper-religious, Calvinist Protestants escaping restrictions in their homelands so they could follow their own religious preferences, as Protestantism allowed them to do (unlike Catholicism), including killing non-believers. 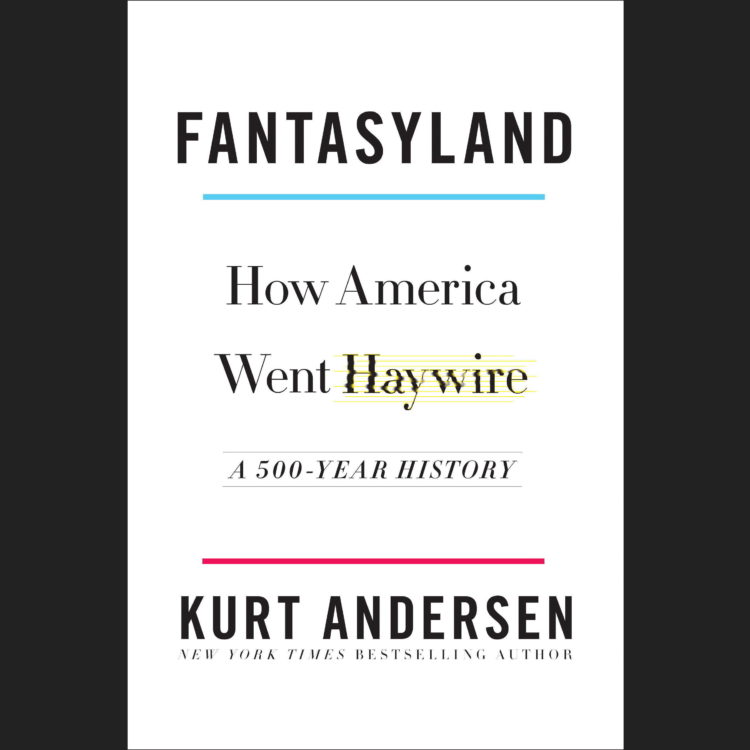 Andersen tells the tales of fantasy-attraction throughout the nation’s history. Many citizens of the USA think they are exceptional (“American Exceptionalism;” for some basic info see here and/or here).

As Common Dreams points out, the USA indeed is exceptional (from a 2013 article in Alternet, so some rankings may have changed). The USA is Number 1 in:

More such troublesome indicators could be added (like #2 in child poverty among advanced nations; #1 in cosmetic surgeries).

A 2013 National Research Council report put USA citizens under age 50 at a health disadvantage compared to those in 16 other advanced nations.

These kinds of exceptionalism are not indicators of health and wellbeing (though the USA is also #1 in money and wealthy people, in case you were wondering).

I would add to the list, the primal wounding that most children experience, the source of many of these exceptionalisms. We are #1 also in not providing parental support for a new baby—through parental leave, role models of empathic baby care (see post 3) and extensive social support. When parents are unable to give full attention (with a village of supportive adults) to a new baby in the first year and longer, that baby begins a life of self-protective fantasy.

Recall the impairment the primal wound causes—a looping between idealism and self-protectionism, an idealism that on the one hand pulls one to ideal stories, or fantasies, and on the other hand condemns the outsider (anyone who believes differently). Notice that these are about beliefs, not actions. For example, American typically have high rates of self-reporting church attendance in comparison to Europeans, but diary studies show that the rates of attendance are about the same. In other words, many Americans believe churchgoing is important, and condemn those who don’t attend, but they don’t attend at the rates they self-report. The memoir, Hillbilly Elegy, points out this discrepancy between ideals and personal behavior, too.

An individual’s initiation in to non-reality fantasy occurs in early life, when the continuity of being is broken by early undercare (lack of the evolved nest). The rapidly-developing self organizes itself around the impressions of life that terror and abandonment contrive in the first months and years of life. And in the life of the abused, they try to keep a sense of safety by avoiding blaming the abusing caregiver and blaming the self instead. And so, a personal narrative builds around undercare, neglect and/or abuse, forming first with “I am bad. The world is unsafe. You cannot trust people.” This basic lack of self trust and distrust in the world are elaborated over time by unique self-protective mechanisms that keep reality at bay: the taking up of a negative identity, conspiracy theories and/or fanaticism. Reality is too hard to live in.

Primal woundedness changes your sense of being (unsafe), what you pay attention to (threat), what you value (power, dominance and safety). You are oriented to self protection, whatever it takes. The deeper the wound the stronger your own self-distraction from the pain.

The person caught between suppression of primal wounds and suppression of uncontrolled spiritual transcendence will feel under siege by anyone or anything that threatens the delicate balance of self and Self suppression. It will be easy to develop conspiracy theories that seem logical and acceptable even though literally untrue (e.g., Obama is a Muslim). It will be easy to foster a threat-reactive mob mentality to keep out “those people.” Unfortunately, as Kurt Andersen points out in his book Fantasyland, American history is replete with just such theories and mentalities—coming to a head in this era.

How do we get back to reality, to raising real human beings? First, we need to care for children with empathy and kindness (and this starts during gestation) so that they don’t develop threat-reactive systems and explanatory fantasies for their undercare. Second, children must grow up in a community of caring, earth-reality-based adults. ‘Earth-reality-based’ means that they know how to live responsibility and communally with the earth. See more here.

If we are going to save our species and as many other vertebrates on the planet as possible, we must return to being real human beings.  We must stop undercaring for and abusing children so that they can develop their full potential. We must return to primal parenting.

1. The Primal Wound: Do You Have One?

3. How to heal the primal wound

4. Fantasyland: A Nation of Primally-Wounded People

5. Tales of a Primally Wounded Society

ALL REFERENCES FOR SERIES

—-A Psychotherapy of Love: Psychosynthesis in Practice (2010),

Rowan, J. (1990). Subpersonalities: The people inside us. New York: Routledge.

Siegel, D. (1999). The developing mind: How relationships and the brain interact to shape who we are. New York: Guilford Press.

Winnicott, D.W. (1987). The maturational processes and the facilitating environment. London: The Hogarth Press and the Institute of Psycho-Analysis.

Is “Identification With The Oppressor” Taking Over The Meaning Of MIDWIFERY?