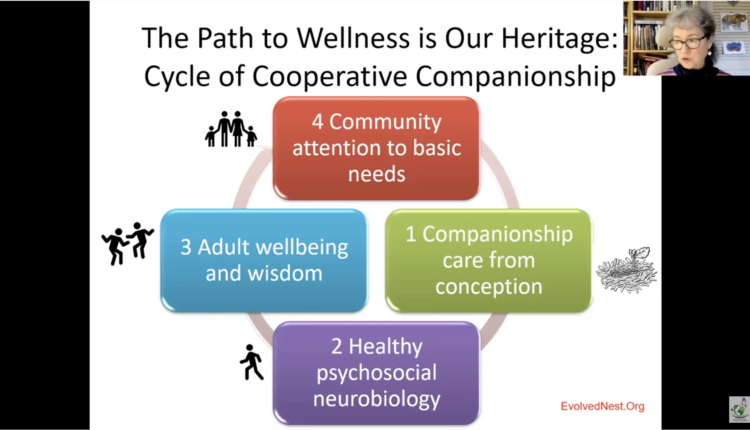 This presentation was given to the 47th Annual Conference of the Association for Moral Education in November 2021.

Western philosophy has typically emphasized reasoning as the core of moral functioning. Moral psychology also has focused on reasoning, examining judgment differences by age, education and experience, culture, priming. The problem with focusing on explicit judgment as an assessment of capacities (e.g., Haidt, Kohlberg) is that the conscious mind may not be aware of actual behavior in the moment because behavior is frequently guided by subconscious habits and patterns of problem-solving. For example, it is relatively easy to score high on a test of moral judgment, as brain damaged people can do, but at the same time act in ways that are harmful to others. This disjuncture between conscious reasoning and actual behavior reflects the judgment- action gap.

Moral psychology has moved beyond reasoning to include the contributing factors of perception, sensitivity, motivation and identity, and action capabilities (e.g., Rest, 1983), but these areas are more difficult to study as they are contextual and embedded in situational factors.

In any case most moral psychology approaches, with their European philosophical biases, are cognitively or mind-focused, rather than grounded in heart-mindedness. Across non-western societies where relationships are primary and sustainable lifestyles typical, heart-mindedness is considered essential to being a human being. As a result, non-western societies typically focus more on developing virtuous ‘beingness’ rather than on reasoning. This includes the manner of actions, and in traditional Indigenous societies, how we connect to all our relations.

Non-westernized cultures typically provide their children, and everyone throughout life, the evolved nest….[see slide]

We can contrast the wellness-informed manner of raising children in traditional First Nation, Indigenous societies with the Westernized ways that have become predominant. First Nations provide the most holistic approach to raising a virtuous person (McPherson & Rabb, 2011).

It starts with the provision of the evolved nest. There is little direct instruction but instead an immersion in community life tasks, culture’s instructive stories, and daily ceremonies that demonstrated gratitude and respect towards the Earth, the Great Spirit, animals and plants given for human needs. Children are understood to have an inner compass that guides their development so they are left free to make their own way within this supportive culture. Adults function primarily as role models, understanding that children are humans in the making (Sahlins, 2008). Children are given autonomy to grow their unique selves. Most important is ecological attachment and respectful treatment of “all our relations.”

This supportive but laissez-faire approach contrasts with westernized contexts that provide little of the evolved nest. For example, low touch, breastfeeding, free play, comforting care. Children are typically isolated from the community as a whole, in nuclear families and same-age groups. Typical stories are those of exclusion, chosenness or superiority. Instead of daily ceremonies that maintain humility and connection, community or media spectacles emphasize self and ingroup aggrandizement. Typically followed is Kant’s prescription for raising moral children, an expression of contemporary European beliefs, that children should be punished into obeying adults, in order to learn heteronomy. This is believed needed before children can become adults who then are able to submit voluntarily to other-worldly laws based on reason, not inclination— this is what is called autonomy. But among First Nation communities, passions (emotions) and intuitions are to be cultivated intelligently within the supportive environment mentioned earlier. They are not to be suppressed or punished. Requiring obedience, which is common in hierarchical civilizations, is considered destructive of the child’s spirit and actually undermines virtue development.

The results of traditional Indigenous child raising is a thriving individual, as a person and as a person in relationship. [See slide]

With a degraded nest, all sorts of things go awry and it becomes a species-abnormal development. [See slide]

The result is a cycle of competitive detachment, the cycle in which we find ourselves. [See slide]

The provision of the nest fosters a wellness informed cycle of life we call connected cooperative companionship. [See slide]

There’s No Such Thing As Naughty: A New Book By Kate Silverton