Listen to the audio version of this article below:

Part One: Be Worried About Boys, Especially Baby Boys

Part Two: Should We Be Worried Undeveloped Males Rule The World?

Part Three: Is Humanity’s Moral Sense Inherited Or Nurtured? (This is it.)

Humanity’s morals have deep roots in the cooperation of the natural world. In fact, cooperation is dominant in our lives and in nature.

Human beings live on a planet that is highly cooperative, where each entity evolved to give and take in an endless, ever renewing cycle of mutualism (Worster, 1994). Ecosystems are cooperative units of organisms that live in balance with one another. One animal sloughs off their skin or other matter and another animal uses it for homebuilding or nourishment. (Think of all the dust mites in your home!) 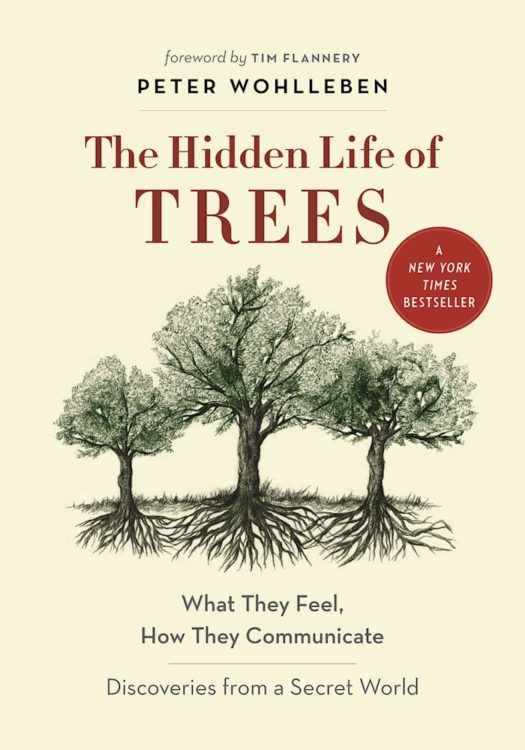 More and more researchers are paying attention to the extensive cooperation within biological systems, such as forests (Wohlleben, 2016, The Hidden Life of Trees) with vast social networks where old trees nourish the young, and soil, which is alive with countless organisms in every centimeter (Ohlson, 2014). Cooperation is so fundamental that in the natural world, very little changes across generations—most of what exists in one generation is conserved into the next, including symbiosis that is widespread (Margulis, 1998).

Indeed, humans are part of the tree of life, sharing characteristics with other animals and even with species that emerged billions of years ago (Shubin, 2009). For example, the spinal column we share with other vertebrates evolved more than 500 million years ago (humans have been around for about 2 million years).

Human bodies are themselves communities of cooperation, whose genetic material consists primarily of the genes of the trillions of micro-organisms that form the microbiota that keep us alive (Collen, 2015; Dunn, 2011).

Genetic competition plays a minor role in what we inherit and who we are. Humans inherit many things beyond genes (Jablonka & Lamb, 2006). Based on ethological and evolutionary sciences which gather and compare observations, Evolutionary Developmental Systems Theory offers a comprehensive list of human inheritances which include culture, the ecological landscape, and self-organization (Oyama, 1985; Griffiths & Gray, 2001). For example, within a lifespan the individual will self-organize around the opportunities and supports provided. Humans do this moreso than any other animal because of our great immaturity at birth and long maturational schedule (3 decades).

A key inheritance directly related to moral values may be the “moral sense.” This idea came about because Darwin (1871) sought to counter theorists who argued that humans are naturally selfish. Instead, he identified components of a “moral sense” through the tree of life, showing that morality was not contrary but fundamental to human nature. The set of characteristics –empathy, social pleasure, concern for the opinion of others, memory for plans and outcomes in relation to pleasing the community, and intentional self-control to fit in socially—can be seen here and there in other animals but culminate in human beings. Recent experiments with animals support Darwin’s observation of animals. For example, rats will help a trapped peer instead of eating a favorite snack, chocolate (Ben-Ami Bartal, Decety & Mason, 2011).

Unfortunately, the opposite assumptions and questions have been asked by scholars. As Ho (2010, p. 67) points out, contrary to Darwin’s views, neo-Darwinian theory predominates and emphasizes the competitive selfishness of humanity; having been constructed by socio-political attitudes (“Victorian English society preoccupied with competition and the free market, with capitalist and imperialist exploitation”).

The neo-Darwinian view, grounded in unverified assumptions, resulted in the presumably paradoxical question “how could altruistic behavior evolve (given that genes and the behavior they control are fundamentally selfish)?” Instead, based on evidence across nature, including humanity, the question should be inverted: “why do animals compete, given their natural sociality?” (ibid) And, we could extend the question to: Why do humans behave in selfish, aggressive ways when the moral sense is part of their heritage?

Moreover, when we look more closely, we see that across societies the moral sense seems to vary in scope: some societies show little moral concern, others show it only for a subset of humans or, in indigenous societies, include more-than-human entities (e.g., animals, plants, rivers). If the moral sense is innate, why such variability?

Although Darwin seemed to assume that the moral sense was innate, recent research is suggesting otherwise. It now appears that the moral sense is largely developed after birth and requires particular kinds of experience. Right now, the dominant culture is undermining the development of the moral sense–in males and females (but males are affected more).

My collaborators and I study how the Evolved Nest affects wellbeing, social and social development. The evolved nest is predictive of cooperative behavior and wellbeing. The next post will address these data.

PRIOR POSTS IN THIS SERIES

Should We Be Worried That Misdeveloped Males Run The World?

Collen, A. (2015). 10% human: How your body’s microbes hold the key to health and happiness. London: WilliamCollins.

Dunn, R. (2011). The wild life of our bodies: Predators, parasites, and partners that shape who we are today. New York: Harper.

Ohlson, K. (2014). The soil will save us: How scientists, farmers, and foodies are healing the soil to save the planet. New York: Rodale Books.

Wohlleben, P. (2016). The hidden life of trees: What they feel, how they communicate (J. Billinghurst, transl.). Vancouver: Greystone Books.

The Art Of Parenting: Learning To Live At The Edge Of The Unknown

Are We Raising Humans Or Reptiles, Or Humans That Become Reptiles Through Lack Of Nurturing?

Taking the Science Of Attachment To The Public