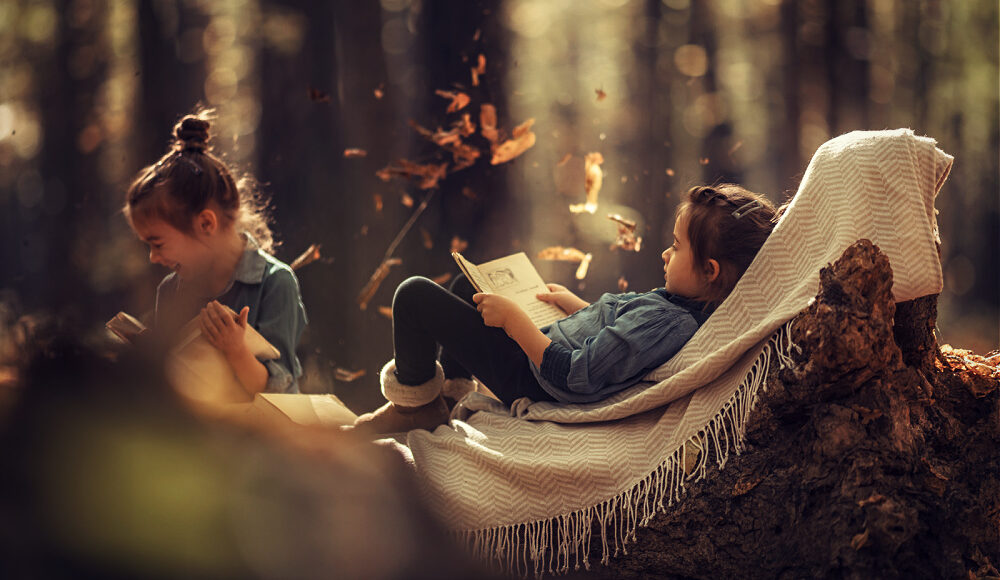 Child raising in the western world is off the rails.

Efforts to decolonize minds and hearts has been ongoing in educational circles for some time (Four Arrows, 2011). Using “decolonization” as a metaphor is controversial (Tuck & Wang, 2012) because it too often ignores its original unsettling meaning of removing colonization from Indigenous lands. However, there is an internal colonization within the human psyche that needs to be addressed. European colonialization has affected nearly all bodies on the planet, but also minds. Bodies and psyches have been starved of their basic needs, minds genocidally cleansed, and sometimes disabled in their cultural diversity (Adams, 2020; Davis, 2007; Narvaez, 2014; de Sousa Santos, 2018).

When we think of what the colonizers did and still do, we think mostly of what they take away or tried to take away—e.g., cultural and spiritual practices, communal sharing, respect for elders, self-respect, and ecological intelligence (Dunbar-Ortiz, 2014; Trafzer, Keller & Sisquoc, 2006). We don’t typically think of the legacy they gave everyone, a legacy that still haunts us all. What settlers and colonizers gave everyone is trauma. Many brought their own inherited intergenerational experiences of trauma from millennia-old European practices of mistreating children, women and the unfortunate (Buck, 2019; deMause, 1995; Greven, 1977, 1991; Scott, 1968). Then with wétiko cruelty (Forbes, 2008), they passed the trauma to all they met outside their homelands, embedding it in bodies and minds. And these bodies and minds, unable to use traditional healing practices, often passed the trauma to the next generations (Menakem, 2017). One of the strongest forms of trauma transmission occurs through child raising, as interdisciplinary research is demonstrating (Garner et al., 2021; Lanius, Pain & Vermetten, 2010).

Settlers brought their harsh parenting practices to the “new world,” shocking Native Peoples, who would step in to prevent it when the settlers tried to whip children (Greer, 2000). In turn, early settler recollections indicated astonishment that the Native Nations did not punish their children.

Settlers brought a European pattern of unnested care (e.g., isolation apart from the community, corporal punishment, unwelcoming community, nature disconnection). Colonizing child raising practices are flavored with ideas of original sin (Jacobs, 2001)—that babies are born in sin and must be coerced to be good. Therefore, babies’ needs are minimized (‘they are resilient’). Babies were and still are coerced into schedules for eating and sleeping, and even spanked, “for their own good” (Lee, Grogan-Kaylor & Berger, 2014; Miller, 1990). They are spend a great deal of time physically isolated (not in arms) and if they cry it is considered ‘what babies do.’ All these ideas and practices are contrary to humanity’s heritage as documented by ethnographers (Hewlett & Lamb, 2005; Konner, 2005).

Babies have a built-in compass that indicates good or bad feeling. When needed support is not provided, the alarm bell goes off. Babies initially indicate discomfort with a grimace of gesture. Crying is a late signal of distress. But babies are often left to cry in settler child raising. Instead of meeting the needs of babies, babies often are held in contempt, as if they are manipulators of adults, as if meeting their needs will “spoil” them. Adults think they have to win a power game or the child will be a terror. Neuroscience and clinical studies show us that the opposite is the case. Leaving a baby in distress causes toxic stress for developing brain systems (Murgatroyd & Spengler, 2011) and for psychological development (Moloney, 1949; Ribble, 1943; Winnicott, 1987).

Neuroscientific studies now show us the mechanisms of how trauma affects child brain development in the short and long term. When babies are distressed too long, intensely, or routinely, brain development is thwarted by the overproduction of cortisol, killing brain cells and their connections (McEwen, 2017; Murgatroyd & Spengler, 2011). Unsupportive care enhances survival systems in the brain and self-protectionist social attitudes and behavior, making self-breakdown or oppositionalism more likely to become part of the personality than cooperation (Narvaez, 2014; Schore, 2003).

So if we are going to decolonize ourselves thoroughly, we need to decolonize trauma-inducing child raising practices and return to the wellness-promoting practices of our ancestors (Gleason & Narvaez, 2019). See the chart for a contrast between traditional Indigenous and European-colonizing child raising practices, below. See, and download, the Worldview Chart comparing Dominant and Indigenous Worldview, by Four Arrows, here.

Understanding the neediness of babies is the first step (Narvaez, 2014). Babies resemble fetuses of other animals till at least 18 months of age and so need extensive assistance in growing brain and body well, including learning to breathe, maintain heartrate, digestion, and a calm physiology (Montagu, 1968, 1970). The provision of the nest ensures a well-functioning neurobiology (e.g., stress response), which mostly grows after birth and undergirds flexible intelligence and sociality (Carter & Porges, 2013).

The second step is understanding the effects of not meeting young children’s basic needs. (Karr-Morse & Wiley, 1997, 2012). Third, to avoid the myth of spoiling babies with too much attention, the third step is to understand that children cannot consciously manipulate adults until perhaps four years of age (they don’t have the cognitive capacity until around that time). The final step is to realize that children whose caregivers meet their needs from the beginning (providing the evolved nest) develop into cooperative members of the community, as can be noted from the personality and social characteristics of nest-providing communities (Narvaez, 2013, 2019).

According to First Nation child raising practices around the world, to raise a good child you let them make their own choices and honor their unique spirit (MacPherson & Rabb, 2011). The community supports them through the evolved nest and surrounds them with stories, role models and daily rituals showing what being a good member of an earth-respecting community looks like (Cajete, 2001). Integrated into community life, children grow into their uniqueness and into goodness when scaffolded with such practices. The evolved nest is designed for this.

Buck, P.D. (2019). The punishment monopoly: Tales of my ancestors, dispossession, and the building of the United States. Monthly Review Press.

Davis, W. (2007). Light at the edge of the world: A journey through the realm of vanishing cultures. Vancouver: Douglas & MacIntyre.

De Sousa Santos, B. (2018). The end of the cognitive empire: The coming of age of epistemologies of the south. Duke University Press.

Greven, P. (1977). The Protestant temperament: Pattersn of child-rearing, religious experience and the self- in early America. New York: Knopf.

Greven, P. (1991). Spare the child: The religious roots of punishment and the psychological impact of physical abuse. New York: Knopf.

Miller, A. (1990). For your own good: Hidden cruelty in child-rearing and the roots of violence. New York, NY: Noonday Press.

Moloney, J.C. (1949). The magic cloak: A contribution to the psychology of authoritarianism. Wakefield, MA: Montrose Press.

Narvaez, D. (2013). The 99%–Development and socialization within an evolutionary context: Growing up to become “A good and useful human being.” In D. Fry (Ed.), War, peace and human nature: The convergence of evolutionary and cultural views (pp. 643-672). New York: Oxford University Press.

Why Love Is A Greater Power Than Justice: Transformative Leadership Insights