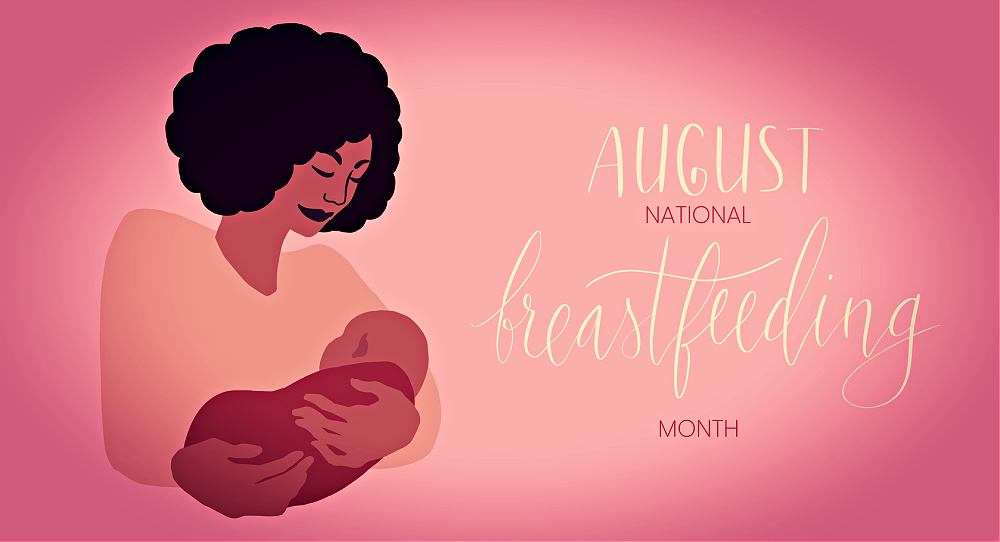 It should come as no surprise to learn that African American mothers have been mistreated, misled and maligned over the course of US history. In her eye-opening book, Skimmed: Breastfeeding, Race and Injustice, Andrea Freeman lays out compelling details of this history.

Slave owners expropriated female African slaves’ reproductive capacities for their own economic gain, disrupting mother-child relations. They prevented enslaved mothers from breastfeeding longer than a year so as to restore fertility, and even raped mothers to produce more slaves. Black women often were forced to breastfeed, to wet nurse, the young of the master and his wife and, typically, were prevented from nursing their own children from whom they were often separated. Ever since, the recollection of forced wet nursing has led many African Americans to resist breastfeeding altogether.

Cultural factors in the 19th century initiated US mothers’ move away from breastfeeding. Millions of migrants, arrived from Europe or from the Southern US without extended families, without the knowhow for birthing or breastfeeding. The absence of midwives and wise elders left women uncertain about how to mother.  Largely due to industrialization, urbanization and migration, mothers stopped thinking that breastfeeding was necessary, scheduling feedings to fit into work schedules, drying up milk production, weaning babies at three months if they breastfed at all (Wolf, 2001). Mothers would feed infants from the table, making them ill. Germaphobia was prevalent at the turn of the century, without an understanding that the cow’s milk fed to babies was often tainted, as well as unsuitable for infant digestion. With increasing illness and death among infants, doctors moved in. Men had been taking over birthing from midwives, so it was a short step to take over infant feeding, and even mothering itself.

The medicalization of motherhood for all mothers occurred in the late 19th and early 20th centuries, with male supervision a key component. Neo-Darwinian thought put men at the forefront of human evolutionary success, along with the technologies they were credited for developing. Doctors sought to scientize motherhood, making women reliant on experts instead of on their maternal instincts. Lacking everywhere in the city was ancestral community knowhow.

As Freeman points out, the American Academy of Pediatrics (AAP) was established initially with the desire to guide mother behavior according to science and ‘scientific’ formulas (see also Allers, 2017 and Wolf, 2001). Various formulas were tried over decades to prevent infant illness and deaths from mothers who did not have community support to learn how to breastfeed or were unable to do so due to working. Both doctors and mothers seemed ignorant about the need for frequent suckling to keep milk production going and the deep value of breast milk. But such ignorance became profitable.

Over the course of the early 20th century, the trio of medical personnel, formula companies and government collaborated to convince all American women that artificial food was better for their babies than their own milk. The industry promoted formula use as a sign of status. Formula companies used giveaways to pediatricians to expand their market. After its establishment, AAP benefitted from extensive donations from formula companies, making it routine for doctors to offer free formula to patients who assumed its value based on the recommendation of a male authority figure. The government purchased formula at discounts to give to welfare recipients. It was a perfect storm of unsupported mothers, huckster scientism and false advertising.

Although all mothers have been misguided by the trio of male-dominated institutions, it has always been worse for Black mothers.

To go along with longstanding mistreatment, African American mothers have long been considered incompetent mothers, Ronald Reagan’s “welfare queens” who spend on themselves instead of their children. This stereotype and the belief that welfare and Blackness go together have been used to advocate continual cuts to welfare benefits. The deep racism in the country leads many Whites to deny themselves health and welfare benefits because they don’t want “them minorities” to received them (Metzl, 2020).

It’s hard to find any mother adequately supported in the USA, but conditions have always been worse for African American mothers. Many African Americans live in “first food deserts,” neighborhoods bereft of government services for new mothers, as well as in “fast-food swamps,” where fast food and convenience stores are prevalent, instead of grocery stores with nutritious options. These factors undermine mothers’ and families’ capacities to provide healthy food to children and are associated with health disparities across the life span.

Although at first formula was not marketed to Black mothers, this changed in 1946 when the Fultz quadruplets were born and their delivery doctor, seeking fame for himself, took over their naming and their lives, arranging with the Pet Milk company to use them in advertising. They were taken away from their family and for years were continually required to be on display. Though they had been promised college scholarships, the years of interruptions undermined their education and when the time came, they did not qualify for college. Despite their making profits for PET, their family of origin remained impoverished.

A complex web of intersecting laws, policies, and practices obstruct the ability of African American women to initiate or sustain breastfeeding. Many do not have a real choice in the matter. Discriminatory factors such as fewer baby-friendly (breastfeeding friendly) hospitals in Black neighborhoods and assumptions that Black mothers won’t breastfeed contribute to the low rates of breastfeeding.

Infant formula is concocted by soy, corn and dairy products which are subsidized by the US Department of Agriculture which is also the largest single purchase of infant formula for the federally subsidized WIC (Women, Infants and Children) program. Most of WIC’s clientele are African American. WIC provide free formula, but only three weeks’ worth per month for six months, forcing mothers to build a habit of purchasing it themselves. Their purchases more than make up for the rebates formula companies give the government for its purchases.

Freeman points out, like my students and I have, (Breastmilk Wipes Out Formula: Responses to Critical Comments) that infant formulas are junk food for infants. Formulas have high amounts of sugar in the form of corn syrup and sucrose, both of which are damaging to health, and shape taste buds to prefer sugary foods. Formulas contain hardly any natural or human ingredients. Breast milk contains hundreds of ingredients, is 80% alive with the hormones and antibodies and food for the gut microbiome. Unlike breastmilk, formulas lack immunoglobulins to build the immune system, oligosaccharides, glycoconjugates, living cells, anti-inflammatories, and anti-infectious factors. Breast milk has all these, training up the child’s body for optimal healthy functioning.

Formula advertising is pervasive in the USA and designed to undermine mothers’ confidence in their ability to provide enough breast milk to their children. This is allowed in part because the USA has opposed and has not signed onto the World Health Organization’s (WHO) International Code of Marketing of Breast-Milk Substitutes. (https://www.globalbreastfeedingcollective.org/international-code-marketing-breast-milk-substitutes) The WHO came up with the code in 1981 in response to evidence showing increased infant mortality with formula use and the findings that during the perinatal period, new parents exposed to formula advertising are more likely to shorten or even forego breastfeeding. The code bans promotion of formula to the public including by health care systems, bans donations, rebates and inducements to health care institutions and workers. All these precepts are violated in the USA. Furthermore, the code does not address governments marketing formula themselves, as the US government does through WIC.

Any one of these moves could help mothers provide what their infants crave, the elixir that emerges from their mother’s own body.

Gabrielle Palmer, The Politics of Breastfeeding: When Breast are Bad for Business. London: Pinter & Martin, 2009.