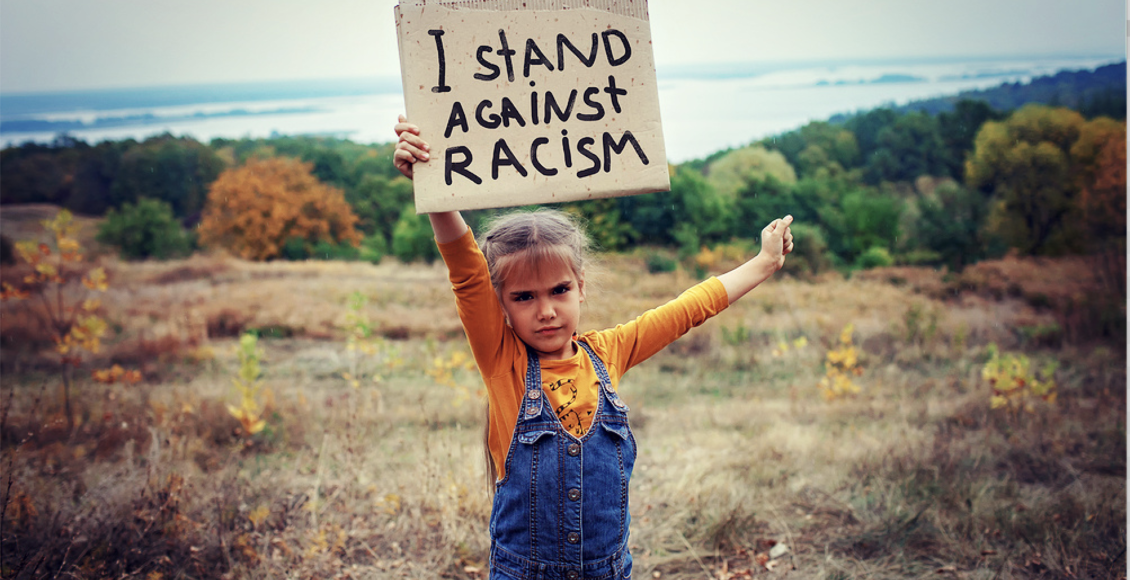 “Power at its best is love implementing the demands of justice, and justice at its best is power correcting everything that stands against love,” said Dr. Martin Luther King, Jr. Power implies something larger than us, an energy derived through effort and paired with larger forces. That energy belongs to the Infinite and therefore is an expression of wholeness. It does not divide, but brings together, and is therefore an instrument of love. Anything less than that is not power.

What happens when you think of the word power? Does it grate against your inner sensibilities? Does it conjure images of domination or force? Or does it inspire you, and ignite a sense of possibility? Power is a word that at its best evokes ambivalence. On one hand, the power of the ocean awakens and stimulates. On the other hand, the power of a fascist regime induces terror.

The problem of power—its seemingly paradoxical nature—is not because of power itself and all its intrinsic qualities, but because the word power has been hijacked by fear-based interests. This is not unusual. Many concepts about life and leadership get distorted or hijacked through the human lens. We have such little experience with life here on earth, so it’s understandable that we can become confused about the real meaning of things.

To give you an idea of just how little experience we’ve had as a species, imagine this…

Suppose the history of the universe spans 24 hours of a single day. The big bang happens precisely at midnight. For a long time, nothing happens. 12 hours pass, then 16. At about 4:10 PM, our sun comes to life amid a cloud of dust and the planets start forming around it. Five minutes later the earth appears and starts to cool. Single-celled life appears on earth by 5:30 PM. Vertebrates don’t arrive until late that evening at 11:09 PM. Dinosaurs and the first mammals appear around 11:37 PM. T-Rex shows up at 11:52, with eight minutes left in the day, but disappears when an asteroid hits a minute later. The entire history of humankind doesn’t even take up the final second.

Given that we are the newbies on the block we could learn much from the natural world about how to live, how to thrive, how to solve challenges, and how to lead our families and organizations. We could learn about power, and what it really is—and just as importantly—what it is not.

One species evokes a sense of awe from its power and that is the horse. Horses have inspired visionaries and leaders throughout time because of their beautiful might. So what does the horse, who’s been around for 56 million years (compare to our mere 6 million) teach us about power? How does a creature who lived through tectonic shifts, climate spikes, volcanic mega-explosions, and pandemics relate to power?

Unlike what we’ve been told through Hollywood storytelling, the horse herd is not governed by a power-over model of leadership. The leaders do not wield their influence via dominance, force, and intimidation. Horses, naturally peaceful and conflict-averse, lead through care and presence…a power-with model of leadership. In fact, biologists have noted that species that work inside power-with paradigms—mutualisms, collaborations, symbiosis, and cooperation—are more successful than species that don’t.

From the horse herd’s point of view, the power-over display is not power at all, but merely insecurity and lack of confidence. Horses that display such poor behaviors are either young and uneducated or traumatized in some way. In natural settings, they are not allowed into the herd until they can behave.

Assuming we want to learn from our equine elder brothers and sisters, we discover that true power, the kind that ensures survival across eons and through extreme circumstances—circumstances not unlike the ones we are witnessing today—has nothing to do with coercion and violence or even charisma.

True power serves. It generates, creates, emboldens, and makes possible. It restores, heals, and connects. It births and makes manifest. It may disrupt, but in so doing provokes an evolutionary bounce forward.

So if power-over isn’t power, what is it? How is it born, and how does it operate? The power-over phenomenon is born from shame. When someone is born into familial conditions that are absent of deep bonding, and dense with religious dogma, addiction, corporal punishment, and abusive or neglectful parenting, then shame is embedded in their psychology. From shame comes a sense of insecurity, fear, and a lack of solid and secure personhood. Such psychology needs someone to metaphorically kneel in order that they feel tall. These familial systems create generational trauma that passes on the shame mantle.

And shame is also a larger societal phenomenon. All our institutions—educational, governmental, religious, and corporate—have been shaped by colonization and associated mindsets that rely on power-over models to maintain control. Shame becomes a ubiquitous element within a civilization, so much so that we don’t see the shameful waters in which we swim.

Such larger power-over social contexts impact how we relate to power, rendering many to think that someone like Donald Trump is powerful, while someone like Desmond Tutu is not as much. These contexts also inform how we might sometimes personally and professionally buy into power-over strategies to get things done. Good people—parents, educators, and health care practitioners can slip into certain dominant tactics when they feel powerless, or when they are ill-informed about power. People select leaders based on their charisma and dominance, rather than their calm collaborative presence. And so the cycle continues.

None of us are immune to the impacts of living in a colonized world. The shame that seeps into our bloodstream every day through media, family patterns, and institutionalized functioning, renders us, victims, and plays into, the power-over order. Power-over not only perpetuates fear, isolation, and subversion but creates a fragility of the psyche that is highly defensive, rigid, frightened, and closed to new ideas.

Trump’s “Build the wall!” was the rallying cry of the fragile. It spoke to millions of people who have become collateral damage of colonization and the ramped-up arm of colonization—social media. It spoke to their fears, their sense of powerlessness, and their feelings of irrelevance. It fed their shame with security and a sense of belonging.

As happens to so many good and true things, the word power was and is appropriated by interests looking to disguise the insecurity and fear driving them. Like the wizard behind his green velvet curtain, fabricating machinations of fire and anger, these interests project their fear onto others using intimidation, force, and manipulation and call it power. And because it wields tremendous influence, we call it power. It is not. Social influence alone is not power. Power-over is not power – it is a distorted expression of deeply embedded existential insecurity.

So here’s what I’d like to do. I’d like to retrieve it from the hands that took it and bring it back to your hands where it belongs so that you can reclaim your right relationship to power and wield it without hesitation or doubt. To do that, I want to first define power clearly. And then I want to describe how we will take it back.

“Power at its best is love implementing the demands of justice, and justice at its best is power correcting everything that stands against love,” said Dr. Martin Luther King, Jr. Power implies something larger than us, an energy derived through effort and paired with larger forces. That energy belongs to the Infinite and therefore is an expression of wholeness. It does not divide, but brings together, and is therefore an instrument of love. Anything less than that is not power.

In these times of misogyny, violence, civil unrest, and the impending collapse of our democracy, I suggest subtle but powerful activism, something you can do easily and immediately every day. Part of how we reclaim power is to reclaim the word. Let’s only apply the word to those people who and those energies that assert power through love. You will know them by the fruits that they bear. Do they cultivate safety, connection, peace, freedom, and/or joy? If so, call it powerful. If not call it out by what it truly is—scaremongering, bad behavior, fear, insecurity.

Power without heart is a monster. Let’s stop using the word power towards those who are insecure and terrified in their own skin. For example, let’s stop calling Putin powerful. Let’s call him forceful. Crazy. Violent. A sociopath. Let’s stop calling the Supreme Court powerful; let’s call it misaligned and compromised. Anywhere you might be inclined to use the word, check yourself—is it power, or is it something else?

Use it, now more than ever.

When Your Children Are the Children of the World: A Crone’s Retrospective on Motherhood and Political Activism

Finding A Bridge To Indigenous Wisdom And Worldview: An Interview With Kelly Wendorf

Trapped – The Spiritual Awakening Of Confinement

Centering Childhood In Social Justice, An Interview With Tanu Biswas:…

The Men Of ROBE: Standing At The Intersection Of Fatherhood, Infant…

Meet The Men of Robe: Standing At the Intersection of Fatherhood, Infant…